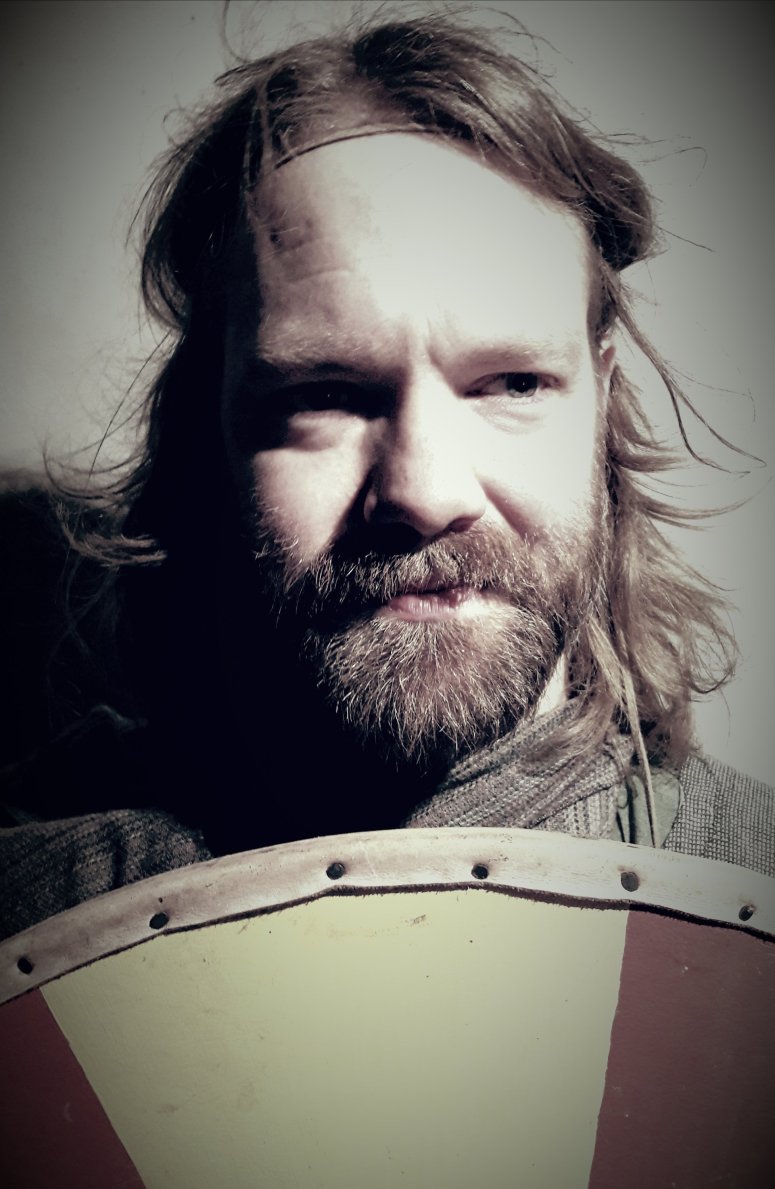 Now the Vikings, as you may say,
We hail from Sweden, Denmark and Norway.

We are known as fierce fighters
Frightening all who catches sight of us.
But this is only half the story
Yes there is fighting and glory
We have taken land and seen war
But our lives aren’t all violence and gore.
We were the first to discover America, that much is right
With ships as long as trees the first to sail through the night.
But why travel from Greenland to Africa I hear you ask
This sounds like a long, hard and dangerous task.
Some land in Scandinavia can barely grow a bush
So we came here where it is green, wet and lush.
We fought the other visitors, whether Angles, Jutes or Saxon
We were on top we penned them in like confused oxen.

Legend would look good to end there – but wait!

It pains me to tell of the Saxon king called Alfred the Great!
The Anglo Saxons took back theirs as they saw
The south and west but the east we kept and called Danelaw.
This Kingdom you are in now Mercia it is called.
It is a land in demand whether flat, on a hill or walled.
Anglo Saxons are here and Vikings too
And now we are joined by all of you.
Sometimes there is peace, sometimes there is war.
Just as there are deer, bears, wolves & wild boar.
This day will go one of two ways
Maybe survival or end of our days.

I greet you as BjörnÖlf the Skald, a travelling teller of a tale
I have been on foot, horseback, on longships that sail.
I now wish to hear your stories, to share, to learn
And maybe together some warmth and food we may earn.