The Joy of ‘Local’

Some thoughts on daily ‘tweaks’ while #TheBiggerPicture is being shifted.

With great responsibility comes the need to get the very most out of what you put in. As a parent of two very active little ones and sharing the roles of primary carer and bread-winner (although barely sharing that role some months), making the most of any spare time becomes vital to a balanced mind and soul. My current job at Tatton Park, bringing history to life constantly teaches about using every bit of the animal, plant, space and so on.

These thoughts take on an interesting path in modern times. It can be a difficult task to efficiently manage ones time effectively, there are apps, books, TED talks and courses you can look to for advice. But what about where and who we put our energy into? We waste so much in so many ways. There is a video doing the rounds on the web about a shop that doesn’t use packaging, you fill up any containers you have as the goods are all in bulk. I shared this on Facebook and straight away someone said it wouldn’t be feasible in any large-scale enterprise. So that’s it is it? An idea that could help our planet and society in an immeasurable way is written off because we now can only use big supermarket chains, end of discussion. Some will just say ‘when does something good not fund something bad?!’. Well you are always one step away from another choice. Some begin with small steps like choosing to only buy Fairtrade for certain items, items that they find affordable and a choice they find achievable. Some have said ‘What’s the point? It won’t change anything’. Ok, while I take a deep breath my response is through my work, as an example.

Each day I work with a group of school kids who are on an educational trip. I know first hand that the education system is in a bad old way, like REALLY bad!! So what is the point in me battling with it? Sometimes children are overwhelmed because they have so little time outside of the classroom. They can be perplexed by creativity, spontaneity and being given the space to think for themselves. I may ask them a question and the teacher feels he/she needs to explain that they now need to answer my question… (yes this actually happens). So why bother? Sounds like hard work. Why pay for the trip, coach driver and staff? What’s the point?… Because on that day they get to do things, meet people and BE, in ways they may have never before, or may again. The effect may be small but it also may fan the flames of an open-minded, thoughtful future long after this stupidly brutalised ‘education’ is done with. But then again,

Today that egocentric politician has no place at our table.

Targets, cuts and corruption have no place here and are not seen as ‘inevitable’ or even ‘necessary’.

A whole village and kingdom can be created by three people welcoming 30 travellers from far away. 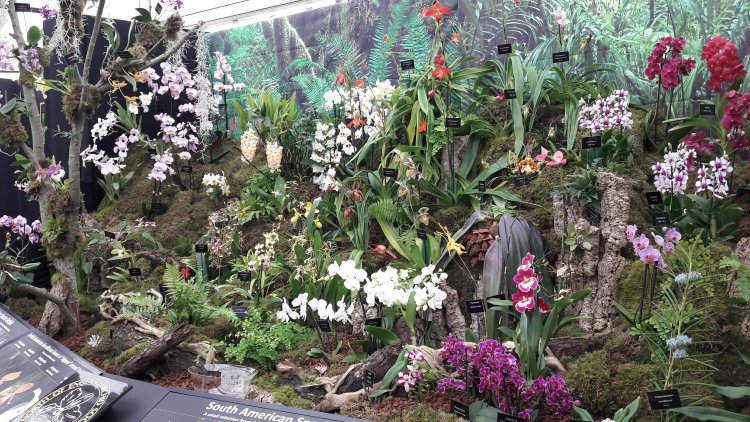 THAT IS THE POINT.

We all work hard to earn money, eat and save for opportunities to better or enjoy ourselves. So what happens to all those pennies that our precious time goes into earning? That loaf of bread you bought in the supermarket for example. There are the universal things that it pays for: The building, the baking, the bakers wage etc. Add on the delivery drivers’ wage and all the staff involved in the storing, moving and selling of that loaf of bread. Then there is the profit targets for the supermarket chain, its shareholders dividends, the regional, national and international CEOs etc. To counteract this they have the ability to bake millions of loaves to offset the cost.

But how does that compare to a local baker? When you consider the lower costs of premises, numbers of staff, delivery, storage etc. In theory at least, does a larger percentage of the money you pay directly benefit that baker? As opposed to a huge portion being absorbed by people who have no connection to your community. Due to the business model of a large supermarket it may be that being a baker under their roof earns the person a little more. However, more of the customers money would go to a local business including the landlord of the premises etc. That baker may build links with local producers of dairy, maybe even have her/his shop repainted by a local decorator. Thus benefitting the local high street, local business, footfall and satisfaction of the local residents. All because the consumer changed their habit slightly, it may require a little more time and a little more expense, but the benefit is very big.

Now don’t get me wrong, I’m not saying I shop locally anywhere near enough, or that it is always an easy thing to implement. But it is a change that is in our hands and would make a difference. Voting, campaigning, marching, blogging, sharing and voicing opinion are all vital parts of creating change and a better world. But we are a culture of consumers and we buy things everyday. In recent years in Venezuela their economy has crumbled and people line the streets queuing for flour to make bread, or some oil to cook with. Some women have found hope in the production of Cacao pods for making chocolate. This is their traditional industry before oil production took over. Gandhi encouraged people in India to go back to making their own clothes. These are changes on a daily level that can spread and make a big difference.

But it starts with small achievable decisions. In my home we drink a lot coffee (especially since having children). It doesn’t cost us that much more to buy Fairtrade coffee. This is one or two bags a week. That is anything between 500 and 1000 bags over the next ten years. And we won’t even think about it or really notice a difference financially. But that is a lot of coffee and could gradually help someone somewhere in a significant way. Big change is great, but several tweaks can be big too.

Since I started writing this a general election has been called. This is such an important event to be engaged in, every one of us, as much as we possibly can. But before and after this election, what daily tweaks can we make, to make a gradual, but significant difference?

Story Artist, Writer and Teller. Part of Story Stitchers Based at The Old School in Warrington, Cheshire View more posts